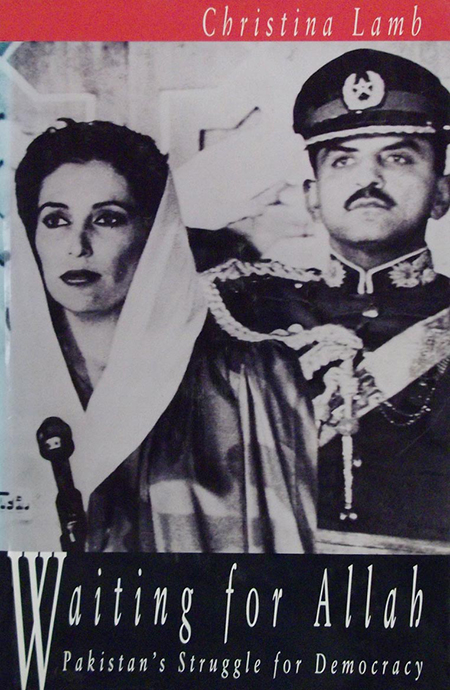 Christina Lamb´s first book, written after two years reporting on Pakistan for The Financial Times from 1988-9, a tumultuous time during which General Zia-ul Haq was killed in a mysterious air crash and Benazir Bhutto became the Islamic World´s first female Prime Minister. Her dispatches from that time saw her named Young Journalist of the Year Award in the British Press Awards and ultimately expelled from the country.

Waiting for Allah is a descriptive analysis of what she sees as the tragedy of Pakistan as it moves towards the 21st century – a woeful catalogue of vested interests, corruption, feudal lords and an overpowering military that sees itself as an army with a state rather than a state with an army. She looks at treatment of women, urban life, patronage and government, troubled relationship with India, Afghanistan and power of tribes and drug lords, the great game of espionage on the new frontier, Benazir Bhutto and her failure to impose change and the imminent breakdown of democracy.

The paradoxes, contradictions and frustrations in Pakistan today are described vividly here. A depressing but compelling read

Lamb has the highly perceptive eye of a skilled journalist