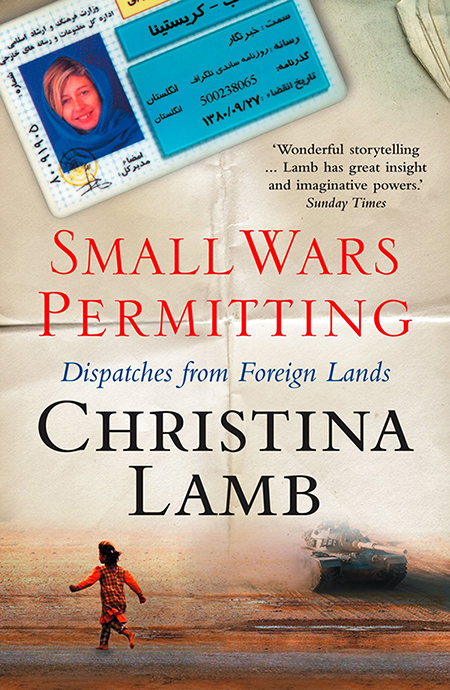 An extraordinary collection of reportage that tells the story of some of the most important world events of the past 16 years, from one of the most talented and intrepid female journalists at work today.

Since leaving England aged 21 with an invitation to a Karachi wedding and a yearning for adventure, Christina Lamb has spent 20 years living out of suitcases, reporting from around the world and becoming one of Britain’s most highly regarded journalists. She has won numerous awards, including being named Foreign Correspondent of the Year a remarkable four times.

‘Small Wars Permitting’ is a collection of her best reportage, following the principal events of the last two decades everywhere from Afghanistan to Zimbabwe. But Lamb’s main interest has always been in the untold stories, the people and places others don’t visit.

Undaunted by danger, disease or despots, she has travelled by canoe through the Amazon rainforest in search of un-contacted Indians, joined a Rio samba school to infiltrate crime rackets behind Carnival and survived a terrifying ambush by Taliban.

No less remarkable are the characters that Lamb meets along the way, from Marsh Arabs who covet Play Stations instead of buffaloes to an Armenian compère for performing dolphins with whom she travelled during the war in Iraq.

Lamb’s writing is passionate, powerful and poetic, transforming reportage into literature. Through the stories she tells – and her own development from a self-confessed ‘war junkie’ to a devoted mother – Lamb attempts to comprehend the human consequences of conflict in the countries she has come to know.

Lamb is the humane face of her hard profession: candid, modest and brave. This book is a fine testament to her courage and compassion