Our Bodies Their Battlefield

What War Does to Women 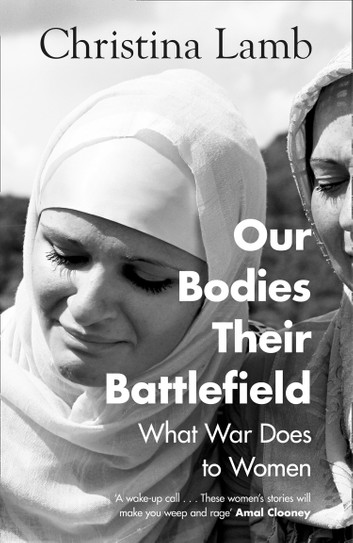 Our Bodies Their Battlefield

What War Does to Women

From the award-winning war reporter and co-author of I Am Malala, this is the first major account to address the scale of rape and sexual violence in modern conflict.

Christina Lamb has reported on wars for over thirty years, becoming increasingly angered by the untold half of the story. InOur Bodies, Their Battlefield she gives voice to women in conflict, exposing how in modern warfare rape is used by armies, terrorists and militias as a weapon to humiliate, terrify and carry out ethnic cleansing. Though rape was formalised as an international war crime in 1919, the International Criminal Court has convicted no one. This startling new book calls on us to listen and to act against this, the world’s most neglected war crime.

Speaking to survivors across four continents, Lamb encounters the astonishing suffering and bravery of women in war. From Southeast Asia, where ‘comfort women’ were enslaved by the Japanese during World War II, to the chilling sexual torture carried out by the Argentine junta that seized power in 1976 and the horrific gang-rape of Rohingyas tied to banana trees by Burmese soldiers in 2017. From 1970s Bangladesh, where thousands of women were raped by Pakistani troops, to the Yazidi women and children who witnessed the mass murder of their families before being enslaved by ISIS and the Nigerian schoolgirls forced to be Boko Haram bush wives. Along the way Lamb uncovers incredible heroism, including the Bosnian women who have hunted down more than a hundred war criminals, the Aleppo beekeeper rescuing Yazidis and the Congolese doctor who has risked his life to treat more rape victims than anyone else on earth.

Rape may be as old as war but it is a preventable crime. Lamb’s book demands that we recognise the horrific reality of what rape survivors, mostly women, have lived through. Bearing witness does not guarantee it won’t happen again, but it can eliminate any excuse that the world simply didn’t know.

‘In the #MeToo era, the impetus is to believe women – Christina Lamb quite rightly does, while never losing her journalistic rigour in such an important and harrowing book’

‘Our Bodies, Their Battlefield is a brave and harrowing book, and, were there justice in the world, would be at the top of the bestsellers list for weeks. One of the saddest, most shocking and devastatingly authentic books I’ve read’

‘A wake-up call to the magnitude and horrors of rape in war - the world's most neglected war crime. These women’s stories will make you weep, and then rage at the world's indifference’

‘Christina Lamb has done the impossible – and written women into history. This book is an extraordinary achievement of in depth journalism, powerful storytelling, grit and heart. If you read one book this year, read this. Astounding’

‘For millennia mass rape has been a weapon of war. But the testimony of abuse is almost entirely absent from all recorded history. At last this brave, beautiful and brutal book allows victims to speak – devastatingly, inspirationally’

Bettany Hughes, historian and broadcaster, author of Istanbul: A Tale of Three Cities